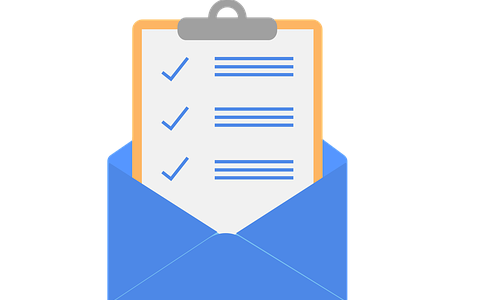 Lists will make writing your book faster and easier — and bail you out when you get stuck.

Lists keep us on track.

Lists create order out of chaos, clarity out of confusion.

Where would we be without them?

How are lists different from books?

Unlike books, lists are—

You can make a list anywhere: on the back of an envelope, a grocery receipt, a Post-It, a Google Doc or a fancy to-do list app.

Or at any time: in line at the pharmacy, before you get out of bed in the AM, last thing at night, in the wee, small hours when that brilliant idea strikes in the middle of the night, at the pharmacy waiting to pick up your prescription, at the beach, the park, on a hiking trail. You can dictate a list, add or delete items anywhere your phone or a piece of paper is within reach.

Lists let you zoom out for The Big Picture.

Or zoom in to focus on the details.

When an outline is overkill.

When you’re stuck, out of ideas, and/or out of gas.

When your memory needs jogging.

Did that hot, steamy romantic rendez-vous take place in Corfu? Or Tahiti?

Where did Victor Villain get knifed to death? In a back alley in Saigon? Or the sinister docks of Rio?

Who is Samsell von Diezenfuffle and why did I put him in chapter 3? Or is Samsell a she?

What *were* you thinking? Scratches head. Searches the heavens for an answer but the heavens don’t know, either.

When that brilliant idea has turned into a hodge-podge mess—

When you can’t figure out how to unscramble eggs—

Rescue yourself and turn to the everyday, no-big-deal, user-friendly list.

When your plot goes MIA.

You do have a plot. Don’t you?

But now you wonder where your plot went.

Or maybe you did have a plot. Once upon a time.

But now that you’re 30K words in, you’re lost in the mess you’ve created and wonder what happened, and why that brilliant plot vamoosed. You, the author, are adrift in the mists of confusion and frustration. You no longer know who’s doing what to who — much less why.

You live and die by your outline because an outline solves all the problems ahead of time.

Except when it doesn’t.

Except when your outline has gotten longer than the book.

Except when a character does something “out of character” that’s even better than what you cooked up in advance.

Except when your outline is so detailed, you can’t hack your way out of the jungle.

Or when your outline (if you have one) is no help. By now it’s overkill and overgrown. It’s too long, too detailed.

If you’re a pantser, you blink. “Outline? What’s an outline? I hate outlines. I can’t write an outline. Wah!”

How do I bail myself out?

Make a scene-by-scene list using no more than two or three words for each one. Remember KISS? Here it’s Keep It Short, Stupid.

Resist the temptation to add additional details. Avoid complications. What you’re aiming for is short and sleek. And to the point.

When you’re finished scribbling your quick list, you will have created a condensed view of your plot and characters and can reveal when and where you went off course.

Your capsule scene list will keep you focused and remind you quickly who did what, to whom, when and why.

Characters. Too many? Not enough?

Or search and destroy.

Your MC is living in an uninhabited landscape. S/he needs energy and conflict — a friend to help (or hinder), another — or more intimidating — nemesis. Think about secondary characters to push the plot along, get in your MC’s way, or offer unexpected help.

For more ideas for dealing with over population problems, see Anne’s post about confusing — and unconfusing — readers.

Here’s Ruth with Stephen King’s 10% Rule and the secret power of the delete button.

A character list will quickly point you to your mistakes and almost automatically suggest needed fixes like adding nuance or subtracting confusion.

Plain vanilla. Yawn. Add some sauce or a bit of spice.

Passive. Double yawn. Wind them up, set them free, light their fire.

One scoop? Or two? Really? More does not equal better.

Hostile and Aggressive. Always looking for a fight. Everone hates him/her. Including the reader. And, by now, the author. They need rescue (from themselves) and your list will point the way. Maybe they could adopt an orphan. Or walk a neighbor’s dog or water a neighbor’s plants.

TDTL. (Too Dumb To Live) S/he needs an immediate shot of IQ.

Impulsive and prone to idiot decisions. She’s in a haunted house / or in a neighborhood with a serial killer and decides to walk down the stairs into the spooky, creepy cellar.

When your book needs a little — or a lot— more oomph — or a better balance between too much and/or too little.

Too fast, too slow.

Wham! Bam! When there’s no time to let the characters —or the reader — take a breath.

Or when the action drags — the dead zone where nothing (or nothing much) happens — often found in Act 2.

A quickly scribbled list will reveal where you need to speed things up — or slow them down.

That list will make it obvious when and/or where you should move chapters.

Or delete chapters, add conflict, or insert a breather.

But before you actually do the major surgery of moving scenes around (moving chapters always means rewriting the lead-ins and the out lines), the ever-reliable list will give a quick preview. You will be able to see what does — and what does not — work before you make your final decisions.

Lists are every writer’s do-it-all tool.

Lists can make the difference between finishing or not finishing your book.

Lists will bail you out, set you free, turn you into a pro.

So why not use lists as your go-to problem-solver to make writing your book faster, easier and — much! — more fun to write?

What about you, scriveners? Do you use lists to keep your writing on track? Have you ever lost Samsell von Diezenfuffle in Chapter 3, never to be seen again? Pantsers, would a list help you get your story moving without writing an actual outline? I’m definitely using this technique with my next book. How about you?

A New Program for Our Blog Readers!

Readers, you can be the first one on your block to read Ruth Harris’s latest book in her Cozy in the City series. We’re starting a new program: our blog readers can have a FREE digital ARC (Advance Reader Copy, aka DRC) of our books before the official launch!! If you feel like leaving an honest review later, when the book launches, we’ll be grateful, but it’s not required. Just leave a comment for Ruth saying you’d like a free digital copy of Diamonds are For Now.

DIAMONDS ARE FOR NOW When the world’s most famous author of bestselling thrillers, Hoad Powell, disappears on a billionaire’s heavily-guarded private island in the Caribbean, Blake and Ralph must find him.

Or is he alive?

What happened to him?

Why hasn’t he finished his newest blockbuster? Thousands of jobs are on the line and millions of readers want to know.

Who is the glamorous arms dealer who sells tactical nukes to terrorists, dictators, and rogue militias around the world?

What about the mysterious, veiled woman who wears a diamond bracelet worth more than some countries?

And how is the daring robbery at an exclusive Oscar post-party connected?

Will Blake and Ralph succeed in their quest?

Or will they fail?

And what will happen when oh-so-macho Ralph finds out that Blake is making more money than he does?