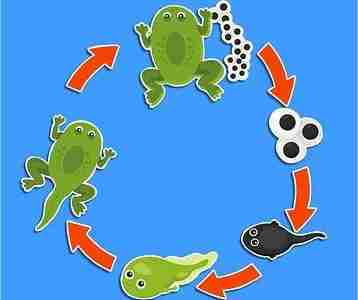 A glimmer of an idea sparks in the writer’s mind.

You’re in the shower, just waking up, cooking dinner, mopping the floor, or on the way to the supermarket, dentist, or a hot date with The One. It’s the idea that comes out of the blue. The crystal-clear flash of bright light when the plot, characters and setting arrive fully formed. Rare but lovely.

1. Inspiration or, the Aha! Moment.

You resist, you doubt, you rip it to shreds, but you are powerless.

Insistent and at times obnoxious, it tugs at your sleeves, wakes you up at night, intrudes where unwanted, and barges in at the most inopportune times.

You have no choice and raise your hands and surrender. Time to get to work.

You open a new Word document or set up a new Scrivener Project.

And begin to type or to dictate. It’s the beginning of the life cycle of a writer.

That Aha! Moment has now grown to the toddler stage. You’ve got the beginning of a rough draft or a half-finished outline, but like a toddler learning to walk, you’re unsteady on your feet. You make mistakes and misjudge your ability. And bump into a table or chair and fall down.

That unsteady-on-his/her-feet toddler morphs into the bright-eyed kid filled with energy, ideas, and a great attitude.

You’re on a streak. You’re zooming along at a thousand words an hour. The sky’s the limit. And you’re the pilot, soaring high.

4. Rebel Without A Cause.

Almost overnight (or so it seems) the bright, energetic, can-do kid has turned into a sullen, surly, snotty, pimply-faced wiseass brat.

They Know It All. They think.

This is the stage when they have a dumb, nasty, sarcastic response to every effort and, no matter what you do or how hard you try, they do the exact opposite. They won’t listen. They won’t pay attention, and they certainly won’t do what you want them to do.

But just then, just when you are at the point of giving up, they do something utterly amazing. Something you would never have thought of yourself. Something that makes you grateful for them and their existence.

And you keep going.

5. Maturity. Whatever that is.

This is the stage when your gauzy fantasies meet reality—and survive.

You accept (finally!) the fact that writing a book is actual work. Sometimes it’s fun, but other times it’s about as much fun as laundry.

You admit that your editor isn’t an ogre intent on destroying your genius, but that s/he is on your side and working to make you and your book better.

At this stage, you know you’re going to have to suck it up.

You face the Everest of rethinking, rewriting and revision sans (too much) b*tching and complaining. Or, as it’s called here in NYC, kvetching.

You face the mirror. Those delightful laugh lines have turned into—say the word!—wrinkles.

You wish there were magic pills and potions to cure the aches and pains of plot glitches and character issues.

Maybe you sign up for a face lift (a new cover) or a new diet and exercise regime in the form of another round of editing and revision.

You tear your hair (what’s left of it) out and wonder why science hasn’t come up with hip replacements for arthritic plots or worn-out tropes.

But you have faced lumps and bumps along the way before and survived. At this stage you’ve developed a realistic view of what it takes to write and publish a book.

You’ve been there. Done that. A lot more than once.

In fact, however unwelcome, blocks and glitches seem familiar by now. By now you remember that you’ve been stuck before and that, every time, you’ve figured out a way to get unstuck.

You read the previous chapter to get back on track.

7. Deja Vu All Over Again: Just Part of the Life Cycle of a Writer.

Stuck? What else is new?

You read the whole damn book again. From the beginning. Because you still can’t figure out where you went wrong.

That recalcitrant character who just won’t do what s/he needs to do? You change his/her sex.

You send him/her to rehab and s/he emerges with a new personality.

But you still haven’t figured out how to make writing a book easy.

No matter how experienced you are.

As an old-time pulp writer of hundreds of books once told me: “Each one is a pain in the ass. In a different way.”

Words of wisdom, because each book is different and each book will present new—and different—dilemmas.

By now, though, you’ve figured out which glitch-busting techniques—from radical revision to ditching your inner fashion victim—work for you and you keep trying until you find the one that works.

At least this time around, because, next time, it’s going to be different.

Savvy writers know better than to let a minor detail like death stop the royalties from coming in. Writers like Lawrence Sanders, V.C. Andrews, and Robert Parker continue to turn out new books. So do the dearly deceased Tom Clancy, Vince Flynn, and Robert Ludlum. Ian Fleming died in 1964, but since then at least 28 James Bond novels have been published.

Still, no doubt somewhere, some writer, is penning a new Shakespeare play which, to the astonishment of scholars the world over, will be “found” in an abandoned barn/great-aunt-Hortensia’s-attic/a farmhouse-slated-for-demolition by a real estate developer in Stratford-on-Avon, and launched to appropriately huge headlines. Publishers are already bidding and movie rights are rumored to be heading skyward.

From what I hear via the publishing grapevine—another stellar example of the energetic undead—dead writers still struggle with character, plot, setting, the inciting event, and the perfect ending.

In other words, as the French say, plus ça change plus c’est la meme chose.

What about you scriveners? Where are you in the life cycle of a writer? Have you ever had a book in the terrible twos? Or sent it to military school? How do you feel about books by dead people? “A master storyteller coaxed me through a maze of fascinating, brilliant, tragic, and heartwarming twists and turns, and left me feeling uplifted and satisfied. ZURI slides to the top of my favorite books of 2020!” —Sue Coletta, award-winning, bestselling author

Renny Kudrow, Director of the Kihali animal orphanage in Kenya, is a renowned elephant whisperer, a brilliant translator of animal communication. But human communication?

Not so much, thinks Starlite Higgins, the wildlife vet who Renny thinks is not up to the job.

Renny is prickly, remote, critical, and Starlite, accustomed to success, but who almost causes Zuri’s rescue to fail, is unable to win his approval.

When Renny and Starlite must work together to save the life of the baby rhino fatally wounded by poachers, they must face the shocking secrets they both hide—and the attraction they can no longer deny.

Meet the brave baby rhino, Zuri (the word means “beautiful” in Swahili), the caring elephants, Doris and Maisie, who protect her, and Boozie, a mischievous young goat who saves Zuri’s life and becomes her best friend.

Get to know Ian Stewart-Montgomery, the witty, elegant half-Kenyan, half-English photo safari guide, the Kenyan wildlife authorities, string bean-skinny Jomo and strong, athletic Muthengi, and all the other human and animal friends who find an enchanted home at beautiful Kihali.

ZURI will appeal to readers who love animals, adventure, and uplifting, inspiring stories about second chances.

ZURI is suitable for a wide range of readers and contains no sex or cursing.