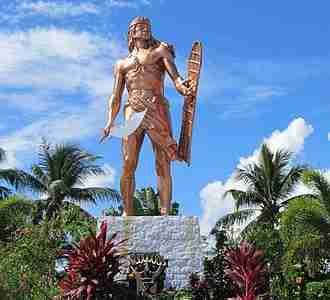 Introducing your protagonist to your reader may be the single trickiest job for a novelist. You have to let readers get to know your character in a very short time–then entice us go on a journey with this person into a brand new world. If you tell us too much, you’ll bore us, but if you tell us too little, you’ll confuse us.

Remember these are just guidelines. Opinions about what works in an opener can be very subjective. Just last week I had an agent ask me to lop off the first third of a book before she’d consider representation—and on the same day the same opener won first place—and a request for a full ms. read—in a contest judged by an acquisitions editor at fairly big publishing house.

No. I didn’t take either offer. More on that soon. Stay tuned to this blog.

But this week an editor suggested I add a new first chapter to another book–which gave me a wonderful “aha” moment. For me, that was the perfect solution to an opener several beta readers had found difficult. We’re always told to start a book “in media res”—but there’s such a thing as starting in the middle of too many things. I was hitting readers with too much at once. And that can confuse and bore at the same time.

Writing the perfect opener is a balancing act. Not for the faint-hearted.

Thing is–when you’re first diving into a novel, you’re not introducing your characters to readers; you’re introducing them to yourself.

All kinds of information about your MC will come up. Maybe she lives in a noisy apartment building. Or her mom is a gung-ho Amway dealer. Perhaps her next door neighbor is recuperating from a terrible accident. Or she feels a deep hatred for Smurfs. This stuff will spill out in your first chapters. Let it. That’s the fun part.

But be aware you’ll want to cut most of the information or move it to another part of the book when you edit, if you’re writing for publication.

Even if you’re not going the agent/publisher route, you need to keep your reader in mind. Self-publishers are judged, too, and reviewers and readers can be snarkier than any agent.

Here are some do’s and don’ts that should help in the revision process.

That’s when your character is alone and musing. Robinson Crusoe is boring until Friday shows up. So don’t snoozify the reader with a character:
Especially looking in the mirror. It’s not wrong, but it’s a seriously overdone cliché.

Show how he interacts with the world. Two or three is ideal: not too many or the reader will be overwhelmed.

3) DON’T give a lot of physical description,

Especially of the police report variety. All we know about Elizabeth Bennett in Pride and Prejudice is that she has “fine eyes.” We don’t have to be told the color of Sam Spade’s hair, or Inspector Morse’s weight. The reader’s imagination fills in the blanks.

4) DO give us a few unusual physical markers that indicate personality.

Interesting characteristics like Nero Wolfe’s size, Hercule Poirot’s mustache, and Miss Marple’s age show who these characters are and make them memorable. But if all you say is they have green eyes and curly red hair—you’ve only told us they’re identical to the MCs of 90% of all YA novels, according to one agent. We don’t need to know the hair/eye thing unless it’s important to the story—like Anne of Green Gables hating her hair and dying it green.

5) Don’t present your MC as a flawless Mary Sue.

A Mary Sue (or Gary Stu) is the author’s idealized fantasy self—an ordinary person who always saves the day and is inexplicably the object of everyone’s affection. A Mary Sue will make your whole story phony, because a too-perfect character isn’t believable (and is seriously annoying.).

6) DO give your MC strong emotions we can identify with.

We need emotion in the opening scene. We don’t have to identify with the situation, but with the emotion: If the character is furious because his roommate keeps watching that DVD of the Smurfs—even if you’ve never heard of a Smurf, you’ll identify with the anger, because everybody’s been angry.

Or otherwise eliminated from the storyline. (Ditto DREAMS, or putting the MC in a play or videogame.) If you get us intrigued and then say “never mind”, the reader will feel his time and sympathy have been wasted.

8) DO introduce the MC as close to page one as possible.

Don’t waste time on weather reports or long descriptions of setting. (I did note in the thread last week that a large number of you are extremely fond of weather reports, but make sure you’re doing something emotional and original with them.)

Remember that modern readers want to jump into the story and get emotionally involved. Also, a modern reader doesn’t need the kind of long descriptions of far-off lands that Victorians loved.  Even if we’ve never been there, we all know what London, or the Alps, or rain forests look like because we’ve seen them in films and on TV.

9) Don’t start with a prologue.

Don’t take my word for it. Listen to the agents:

“In pages that accompany queries, I have only once found an attached prologue to be necessary to the story.”

“At least 50% of prologues that I see in sample material don’t work and aren’t necessary. Make sure there’s a real reason to use one.”

“Prologues: I am, personally, not a fan. I think they either give away too much, or ramp up tension in a kind of “cheating” manner.”

“Prologues are usually a lazy way to give backstory chunks to the reader and can be handled with more finesse throughout the story. Damn the prologue, full speed ahead!”

“A prologue is 3-5 pages of introductory material that is written while the author is procrastinating from writing a more difficult section of the book.”

I know you’re all wailing. But try removing the prologue. Read chapter one. Does it make sense? Could you dribble in that backstory from the prologue into the story later—while the actual plot is going on?

A prologue is like a first draft—it’s for the writer, not the reader. It isn’t the overture: it’s the tuning-up. Like a character sketch, a prologue usually belongs in your book journal—not the finished project.

Go ahead and write one to get your writing juices flowing. Use it to get to know your book’s basic elements. It can be mined later for character sketches, backstory and world building, but try to cut it in your final revision.

If the MC is thinking or talking to someone—where is he? As I said, we don’t want a long description of the scenery or the weather, but do give us a few sensory details and let us know what planet we’re on.

Readers want to know who’s speaking before they’ll pay much attention to what they say. It’s just like real life: if strangers are shouting in the hallway, it’s noise. If you recognize the shouters as your boss and the hooker from 12B—you’re all ears

12) DO dribble in your MC’s backstory.

You can do this in thoughts, conversations and mini-flashbacks—AFTER you’ve got us hooked by your MC and her story.

13) DON’T plunge into action before introducing the characters.

The introductions can be minimal, but they have to make us feel connected enough to these people to care

All characters need goals in each scene. But the protagonist needs a compelling, over-arching goal for the whole book. He can’t be easily satisfied. He must want something very badly. This especially important for memoir writers: “I was born and then some stuff happened and I met some people and then I had a catastrophe but I pulled myself out of my misery and now I love life and God and multilevel marketing”—is not going to keep readers turning the pages.

A novel or memoir needs to be about one big thing, and the character has to have one big goal. Too many goals? You may have a series. That’s good, too.

So what about you, scriveners? What do you want to read about a character first off? How can the author entice you to go on a journey with this character? What do you find difficult about introducing a character?
*******
posted by Anne R. Allen (@annerallen) September 11, 2011