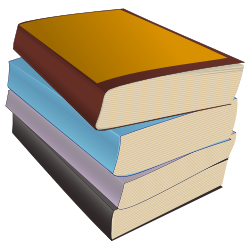 This month, I will have the privilege of interviewing both Ian Rankin and Linwood Barclay, at separate conferences and festivals.  Both are world-renowned crime writers (and wonderfully witty men besides.)  As I read through their latest books in order to prepare for being the hostess with the mostess (naughty thoughts aside – that’s a different genre) it occurs to me that they are strikingly different writers in one significant way.

So I got to thinking:  Why Write Series Books?  And more importantly:  Are there reasons why you wouldn’t?

I write primarily series books – three series to date, including The Goddaughter mob caper series.  I have half a dozen stand-alones, which gives me something to compare to.  One of those six was intended to be a series, but Covid quashed that. No matter, I’m onto another series, this time set in the past.

Why am I writing a series? It’s dead simple. Because my agent wants me to.

Why does she want me to?  Here goes:

First and foremost:  Money.  Publishers love to market a good series because (hopefully) there is an audience built in from the first book.  The branding is established.  People who bought the first book will buy the second (assuming they liked the first.)  And in years to come, people who buy the new release at a festival or launch will hopefully go back and pick up the backlist. (I made a lot of my income from readers picking up my backlist.)

Readers get attached to the characters and want to be with them again for another adventure.  And writers?  Well, I adore revisiting the characters I came to love in the first book.  Sometimes, it’s like they’ve become my friends, welcoming me back to their worlds with open arms.  At times, I can’t believe they aren’t real.  Nico the metrosexual mob B&E artist from The Goddaughter series, not real?  Are you kidding me?  Surely, he’s just over the border in The Hammer, breaking into houses, criticizing and editing the décor of all those posh living rooms.  He didn’t get the title of The Lone Rearranger for nothing.

You’ve heard writers declare that characters will sometimes take over a book and tell their own story.  True, some characters are the bane of my existence, ungrateful whiny creatures who permeate my brain and insist that I tell their stories rather than move on to new projects.  So before you decide to write series, make sure you like your characters enough to live another twelve round with them.

BUT SOMETIMES YOU CAN’T

Let me put it this way.  Some genres lend themselves to series better than others.  Literary does not tend to be a genre for series books, for instance.  (Note my point on character arc below.) Where we do tend to find series books is in Mystery, Romance and Fantasy/Sci-fi.

Let’s look at those genres specifically.

SERIES BOOKS IN MYSTERY AND ROMANCE

Series in Mystery and Romance are different from series in Fantasy Sci-fi, because of the rules of the genres.

In Romance, there must be a HEA (happy ever after.)  The book must end with the story of the couple getting together romantically.  However, you can write a story about their friends…secondary characters who come forward to have their own stories.  (This is common in Paranormal Romance.  A vampire series may feature a clan of vampires, each of whom finds their own love in successive books.)

In Mystery, the crime must be wrapped up at the end of the book.  BUT, you can have the amateur detective or PI or same group of cops go on to solve more crimes in future books.

Big plus in Mystery:  Series books lend themselves to television series! (Especially in Britain, the lucky ducks.) And you don’t need me to tell you that’s where the money is.

That takes care of Mystery.  But what about Thrillers?

For that, we need to go back to the differences between Mysteries and Thrillers.  Here’s a definition commonly used:

Mystery fiction is a puzzle story

It starts with a murder (or crime) and emphasizes the solving of the crime. The protagonist’s job is to discover who committed the crime and why.  The reader and the detective both receive the same information at the same time (anything else is not playing fair.)

Suspense fiction is driven by a ‘character in jeopardy’

A Suspense or Thriller is one in which the main action (crime or murder) has not yet taken place and the culprit may be known or at least suspected.  The emphasis is on the tension built by the anticipation of the outcome.

Of course, there is by necessity suspense in mystery novels, and some crossover between the two subgenres of crime. However, it’s easy to see that Thrillers don’t lend themselves to series as easily.  If a Thriller is about a character in jeopardy, then it could be stretching the imagination to have the same in character in jeopardy over and over again.  Usually, Thrillers are standalone novels.  (Think of all the domestic noir, ‘girl on a bus/in the doorway,’ type of novels.)

There are always exceptions to the rule.  But generally, if you want to write *series* crime books, you’ll probably want to make your series about a police detective, amateur detective, or private eye, and not about the same unlucky protagonist in continual trouble, book after book.

In Fantasy particularly, successive books carry on the story of the people who were in the first book.  They simply move forward in time.  Think Game of Thrones.  Or my own series starting with Rowena Through the Wall.  A better name for these books might be ‘sequels’, although the industry does use the name series.

Big plus in Fantasy/Sci-fi:  World-building

My first series, that Rowena one, was epic fantasy.  What started as one book ended up a trilogy, a terrific bonus. The world I created had different rules of physics than our world, and specific rules of magic.  Once I had gone to all that trouble of world-building, it was a huge relief and time-saver to be able to use the same world for more than one book.  Some of my audience stated they loved the world I had created, and wanted to return to it again and again.  I wrote short stories set in that world, and plan to return to it shortly.  (The 4th book of the Trilogy?  Stay tuned! smile)

WHY WRITING SERIES BOOKS IS HARD:

Frequently Asked Question:  Should you tell your agent that your book is the first of a series?

This is hotly debated by authors and agents.  My agent definitely wants to sell mystery series.  She made that clear from the start to me.  In her approach to publishers, she tells them that the book she is selling now is complete on its own, but could be the first of a series.  My previous agent (who passed away several years ago) also felt that he could sell a book with a series promise easier than a stand-alone.

Publishers will often ask for an outline for the next book and a blurb for the third.  Sometimes you can wangle a two or three-book deal, before you’ve even started writing the second book.  It’s awfully nice to sell future books before you’ve written them.  For that reason alone, I’ve always told my agent if I intend something to be a series.

Thankfully, some smaller publishers do not require you to have an agent to submit to them.  If you are attempting to bypass an agent and sell directly to a publisher, check their guidelines to see if they welcome series in your genre before addressing that in your query letter.  If you can’t find that info in their Writers Guidelines online, check out the publisher’s recent releases.

In my advanced writing classes, I have an assignment where I send students to a local bookstore to check out what is being published in their genre right now.  They are required to write down publishers and a description of their recent releases.  Now students have a list of books to compare their work-in-progress to, and can isolate publishers that might be worth targeting.

Simply put, I love it!  You know the hardest part for me?  Letting your series characters go, when the series comes to its organic end.  I’ve said goodbye to two casts of old friends, and it’s wrenching. But maybe they aren’t really gone…maybe they’re merely taking a sabbatical while waiting for that special moment to take over my life again.

Called the “Queen of Comedy” by the Toronto Sun, Melodie Campbell was also named the “Canadian literary heir to Donald Westlake” by Ellery Queen Mystery Magazine.  Winner of 10 awards, including The Derringer (US) and the Crime Writers of Canada Award of Excellence, she has multiple bestsellers, and was featured in USA Today. Her publications include over 100 comedy credits, 16 novels and 60 short stories, but she’s best known for The Goddaughter mob caper series.  www.melodiecampbell.com

You can find links to buy all of Melodie’s books at Melodie’s website.

BTW, the Goddaughter books are short as well as wildly entertaining. They fit in a pocket or purse and make great little gifts!

featured image is from the Open Clip Art Library, which is in the public domain