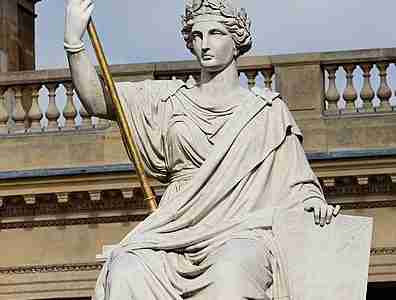 When you sit down to write your book, there are some legal issues that you need to be cognizant of. These include defamation, invasion of privacy, and right of publicity (a form of privacy). There are other items to be aware of as well, but let’s focus on these three for now.

Defamation is a tort, which comes in two forms: libel and slander.

Libel occurs when you publish a false statement purporting to be fact that injures another’s reputation.

Slander occurs when you speak a false statement that injures another’s reputation.

For our purposes, let’s focus on libel, since that is most relevant to authors. The first question you may ask is how do you commit libel? Each state has its own definition of what counts as libel, but generally a plaintiff suing for libel must prove four things:

Publication must be communicated to a third person. That is, to someone other than whom the statement is about. There are many forms of publication — from a newspaper to an online forum.

The statement has to be “of and concerning” that particular person. The real person need only be identifiable to readers via the information provided in your book.

As an aside, please note that businesses can also be defamed. Groups of people cannot be defamed. However, if a statement about a group can reasonably be interpreted to refer to someone specific in the group, then that can potentially be defamatory.

The plaintiff must prove that the defendant was at least negligent in publishing the statement. However, plaintiffs who are public figures have a higher level of fault to prove. This is referred to as “actual malice.”

Actual malice means that the defendant knew the statement was false. Or they recklessly disregarded whether it was true and published the statement anyway. Public figures are broken down into two categories:

The statement causes harm to the person or entity who is the subject of the statement (e.g., damaging a person’s reputation). Some examples of statements that can cause harm are statements:

Defenses to libel are the truth, opinion, and parody/satire. However, just because you claim a statement is your opinion doesn’t mean that it still can’t be defamatory. For example, writing “in my opinion, he is a drug addict” can imply a false statement. That can be just as defamatory as writing “he is a drug addict.”

Individuals who feel their right of privacy has been invaded may also sue you. Even if a statement is true, which can be a defense to a libel claim, that same statement can potentially invade the privacy of another. Examples of invasion of privacy are:

Every state has its own right of publicity laws. How may this relate to book publishing? A good example is that you can’t use a famous person’s image on your book cover. And you can’t use the image (or an endorsement) to boost sales without permission.

If you need any assistance in vetting your manuscript for libel, invasion of privacy, and right of publicity, feel free to reach me at jperry@josephperrylaw.com. Joseph Perry is a publishing attorney and literary agent. You can find him at the Law Offices of Joseph J. Perry, P.C. And Perry Literary, Inc.

As an attorney, he counsels clients in the publishing industry. He drafts and negotiates various publishing agreements and conducts pre-publication reviews of manuscripts. He also registers copyrights and helps authors start their own publishing companies.

As an agent, he represents a variety of successful authors. These include a range of clients from bestselling cookbook authors to acadamics. Joseph obtained his Jusis Doctor from St. John’s University School of Law. He earned his B.A. and M.A. from St. Bonaventure University. He’s a graduate of NYU’s Summer Publishing Insstitute, and is licensed to practice law in New York.

His office also sends out a regular newsletter called Write it Right. It’s full of legal news relevant to authors. I highly recommend it. And you can subscribe here: Write it Right.