Hello again, everyone. I love creating this look-ahead in publishing each year. It makes me pick my head up and take a longer view of the industry than my normal routine of concentrating on the picayune changes in publishing contracts, the art of selling books from my amazing clients, and otherwise doing the daily grind that is agenting.

You’re going to see that my 2020 publishing predictions are very similar to my predictions for 2019. That’s because outside pressures are forcing publishers to look inward at their bottom line profitability and not take many risks. So that makes for a pretty steady picture of growth. Until the next unforeseen blockbuster hits and they all scramble for more of “that”.

Anyway, enjoy these predictions. All opinions are my own and I’d love to hear your thoughts about them as comments.

Audiobook sales rocketed in 2019. And they look set to achieve another record year as the sector continues to attract first-time listeners. (Millennials and seniors do love to listen to books). I believe this trend will continue in 2020.

Also, as I predicted last year, nearly all Big Five publishers and most of the medium-sized ones have now brought audiobook production in-house and demand audio rights in their publishing contracts. This will solidify more over the coming years.

Diversity will continue to grow as well.

#Ownvoices books by marginalized authors continues to grow in an almost limitless fashion. Fueled by the success in sales and awards by ethnic authors we’ve not heard from in the past, I don’t see this abating any time soon.

There was also a concerted effort to hire marginalized employees by the publishing industry, both in the US and abroad, further fueling this Renaissance in #ownvoices literature.

Bestsellers will continue to dominate the charts.

James Patterson. Lee Child. Rick Riordan. Margaret Atwood. The Hollywood “tent pole” philosophy of book buying and marketing also ramped up from its already solid pace of the prior decades. Call this a risk-aversion philosophy by publishing execs, or a tried-and-true process in the uneasy times of tariffs and Brexit worries.

Anecdotally, most of the deals we’ve made at Fuse this year have been relatively straightforward for our bestsellers and like pulling teeth for the debut authors.

Midlist authors continue to be abandoned to self-publishing and ebooks. There doesn’t seem to be much of a commitment to growing authors who do not hit it big right out of the gate. But some editors do continue to support midlisters who haven’t quite popped in sales like they thought they would.

This is hopeful news for all you unpublished authors out there. During 2019 we continued to see a handful of debut authors make the bestseller lists. But it really is about the same as all the years before. And it’s why publishers continue to buy books from debut authors…on the off chance that book will be “the one.”

This will continue for 2020 and beyond. It’s the complement to the tent pole bestseller strategy and it seems to work.

One of the reasons it seems as if publishing has hunkered down over the past year is that outside pressures are causing them to be extremely cautious with their bottom line.

First, the breaking away from the European Union by the United Kingdom via Brexit has caused all kinds of problems for multinational corporations (which encompasses all the Big Five and many other publishers). VATs and the complicated specifics of distribution within foreign territories that used to be simple are causing publishing sales teams to work overtime.

Then add on the tariffs against Canadian paper pushing prices upwards at an alarming rate as well as tariffs on books printed in China.

Worse than these individual pressures on publishing, is the sense that there is no game plan and at any time more expenses could be piled on their products. China is threatening even more retaliation. And an ever-increasing trade war with other countries looms. No wonder publishers are constantly vigilant to their expenses and profits—more so than usual.

Self-Publishing is Settling Down.

Fast forward to a decade or so later and it seems that indie sales have settled into a nice groove, but certainly nothing like they were from 2008 to 2015. Some of it could be that authors simply could not keep up the frenetic pace (writing 4-5 books a year) that they published at in the early KDP years. And readers found that downloading free or 99 cent ebooks filled up their Kindles and Kobos to the point where they slowed down too.

Other challenges were the “authors” who spent more time gaming the algorithms than they did writing, thus making legitimate writers suffer. And plagiarism continues to plague honest authors. But self-publishing still beats no self-publishing and it will continue to thrive.

So those are my predictions. We’ll see how Brexit, tariffs, and other geopolitical factors affect the publishing industry in the coming year.

What about you, scriveners? What would you like to see change in publishing in 2020? Do you have any 2020 publishing predictions? Any questions for Laurie? 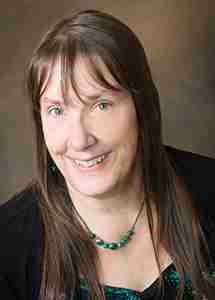 LAURIE MCLEAN: Following her stint as the CEO of a successful Silicon Valley public relations agency bearing her name, Laurie was able to switch gears in 2002 to immerse herself in writing. She penned three manuscripts before deciding that the life of a literary agent was her destiny. Laurie has been writing professionally since high school–first as a journalist, then as a public relations agent, finally as a novelist. She earned a Bachelor’s Degree in Journalism from the State University of New York and a Master’s Degree at Syracuse University’s prestigious Newhouse School of Journalism.

Laurie’s clients include the New York Times and international bestselling YA author Julie Kagawa, epic fantasy bestseller Brian D. Anderson, award-winning steampunk and fantasy author Pip Ballantine, and the award-winning Linda Wisdom, who has had more than 100 romance novels published in her career.

Laurie is also the Director of the San Francisco Writers Conference, held every President’s Day weekend. And she co-founded two ePublishing companies with two of her client partners: Joyride Books for vintage out-of-print romance books with Linda Wisdom; and Ambush Books for out-of-print classic tween and teen books with Douglas Rees (which was sold to Fuse Literary’s Short Fuse Publishing).

She is closed to submissions at this time.

12 PUBLISHERS FOR MEMOIRS! You don’t need an agent. From the good folks at Authors Publish